based in atlanta, GA

but available wherever delta flies 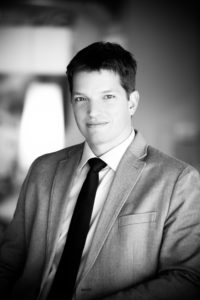 Originally from Jupiter, Florida and from there all over the country, Jason Getz has literally covered the map. After attending the prestigious Rochester Institute of Technology (NY),  where he received a B.F.A. in Photojournalism, Jason came to Atlanta to take a job as a staff photographer with the Atlanta Journal-Constitution. It was a goal of his–to work at a large metropolitan newspaper and what better chance than that of the South’s biggest city?  With more than 15 years of experience working as a full-time photojournalist,he has chronicled breaking news, unpredictable weather events, spirited political moments, and fast-paced professional and collegiate sporting events. He’s also photographed numerous celebrities, including Kevin Costner, Ted Turner, Usher, and Joe Namath.  His photographs are published by the Associated Press, Boston Globe, Chicago Tribune, ESPN, Golf Digest, LA Times, Miami Herald, New York Times, Sports Illustrated, Tampa Tribune, Time Magazine, USA Today and Washington Post.

Jason is famous in the industry for his stellar sports shots. 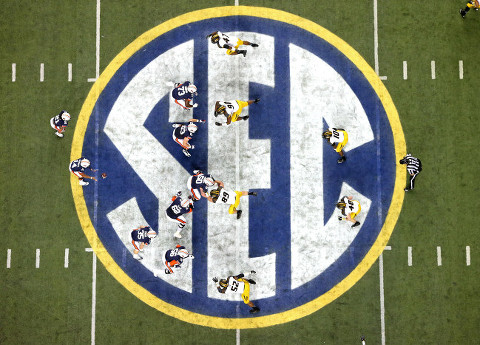 This was a photograph that I’ve been wanted to get for years. I finally was able to photograph the SEC championship high above in the catwalk of the Georgia Dome. It was a lot of work to get this one photograph, but it’s the perspective that makes this photograph unique. 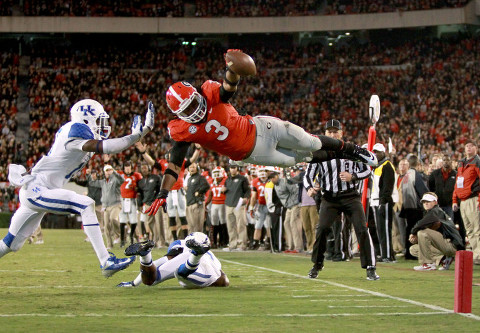 “I enjoy photographing weddings because it’s a great opportunity to capture amazing moments,” Jason says. “The excitement of the day, the romance, anticipation, traditions, families uniting, an out-pouring of love from family and friends, two becoming one, glamour, beauty, partying, and fun….this is what I look forward to when I shoot weddings.

“My own wedding day was one that I looked forward to for a long time, so I understand how important it is to have a professional, artistic, and experienced photographer to create amazing photographs worthy of the occasion,” Jason says.

His favorite event that he’s ever shot, though? …You can understand, it was covering The Masters Tournament at Augusta National Golf Club. “I’ve covered five different Masters tournaments,” Jason says (as we drop our jaws with envy). “They are all unique in their own way. The lush and perfection of the course combined with the best golfers in the world playing for the green jacket creates a great opportunity to make amazing photographs.” 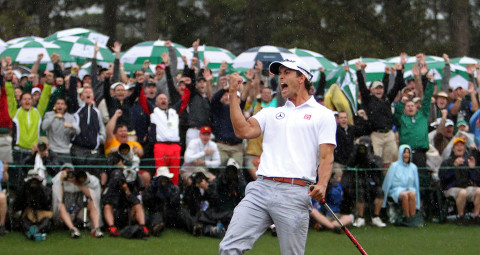 This is my favorite photograph from the masters. This was my fifth Masters and I’ve always wanted to capture this moment on the 18th green on Sunday. I was able to get a good moment, unfortunately it wasn’t the winning moment, but it was still a very very important moment.

Jason is unique because as a photographer, he enjoys thinking about creative ways to really capture moments. He explains it as a lot about problem solving–approaching every assignment carefully and planning out how he’s going to cover it. He’s adequately technical, using a wide range of photographic techniques like the rule of thirds, repetition, framing and perspective; but he knows those are merely tools on how to add to the moment, which is really what photography is all about. 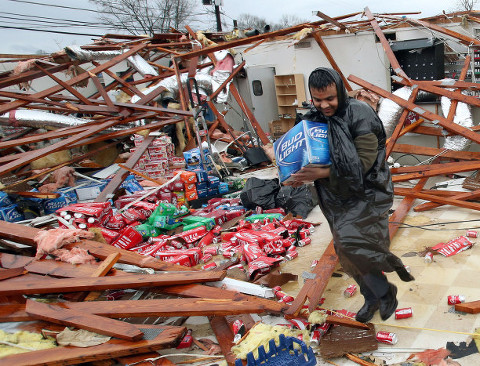 I thought this was a light and humorous moment out of a serious event. The store is destroyed… but at least the beer is safe! 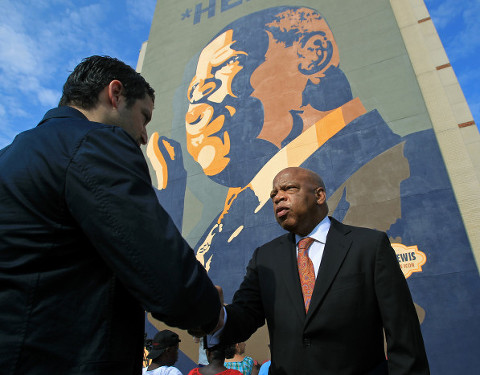 When Lewis arrives and worked the spectators, greeting them individually, I knew I wanted to mimic the pose of the mural as much as possible, so it was important to photograph Lewis on his left side. I was happy with this image because I pre-visualized the type of image I wanted and got it.

“The moments of a wedding day are why wedding photographs are so appealing,” Jason says. “Being able to capture the first time the father of the bride sees his daughter, the expression on his face–that’s a special moment to me.”

When he’s not hunkered down behind a lens, you can find Jason with his wife, Ashley, at Perimeter Church, in Johns Creek, out to dinner with friends, at home cooking a delicious dinner (he’s a self-proclaimed foodie), watching movies–always up to date on the latest action flicks, or indulging in his guilty pleasure… Chocolate. 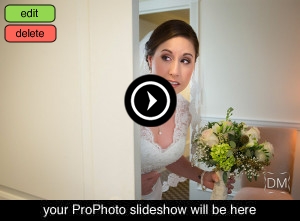 get a custom wedding quote

With over a decade of experience documenting wedding celebrations, they have built a legacy of creating timeless images for couples and families. The Decisive Moment is a team of seasoned photojournalists and curators who work together to deliver an exceptional experience.